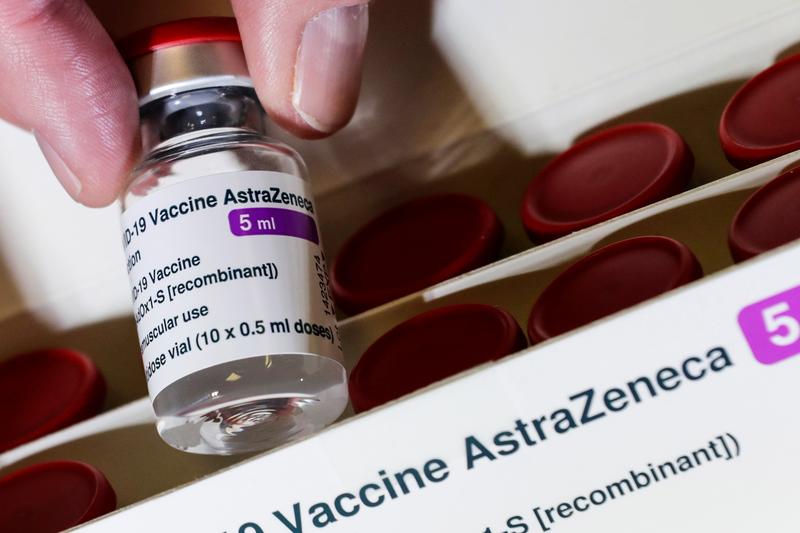 WASHINGTON (Reuters) – The United States plans to send around 4 million doses of AstraZeneca’s COVID-19 vaccine that it does not use to Mexico and Canada under loan deals with the two countries , giving in to requests to share vaccines with allies.

“It is not yet fully finalized but it is our goal,” Psaki said at a daily briefing. “Ensuring that our neighbors can contain the virus is (…) essential to the mission to end the pandemic. “

The Biden administration has come under pressure from countries around the world to share vaccines, especially its stockpile of AstraZeneca vaccine, which is licensed for use elsewhere but not yet in the United States.

AstraZeneca has manufactured millions of doses at a U.S. facility and said it will have 30 million doses ready by early April. The company’s shares rose slightly after Reuters first broke the news.

Two officials said the vaccine would be delivered in a “short order” once the deal was done, but declined to give a more specific timeline.

“Drop-in” or ready-to-use vaccines are on loan under an agreement in which the United States expects to be reimbursed with doses in return. The senior administration official said it would take place later this year.

Psaki said the United States has access to 7 million releasable doses of the AstraZeneca vaccine but has no plans to share them with countries other than Canada and Mexico at this time.

“We … have a number of requests from a range of countries around the world and we will certainly continue these conversations,” she said.

When asked why Mexico and Canada were chosen, the administration official said: “These are our neighbors, these are our partners.”

The Mexican government said Thursday it would restrict movement at its southern border with Guatemala amid growing apprehensions of migrants trying to enter the United States, many of whom are unaccompanied minors.

When asked if vaccine doses are being shared to get Mexico to help solve the immigration problem, Psaki only noted that the two countries were discussing multiple issues at once.

‘MORE WORK TO DO’

Mexican President Andres Manuel Lopez Obrador had requested the vaccine. The administration official said countries were in contact about the vaccine loan. “We worked through diplomatic channels,” he said.

In recent weeks, Mexico has increasingly relied on China and Russia for vaccines in order to carry out its vaccination plans.

A Canadian government source said, “We are having positive conversations with the United States. These conversations are quite advanced, but there is still work to be done.

Reports of blood disorders have prompted more than a dozen countries to suspend use of AstraZeneca’s vaccine, but the European Union’s medicines watchdog said on Thursday that after an investigation, it was still convinced that the benefits of this vaccine outweighed the risks.

Biden said if the United States had a vaccine surplus, it would share it with the rest of the world. The White House has focused on vaccinating people in the United States, which has seen more than 530,000 people die from the virus, the highest number of any country.

Biden said Thursday that his goal of having 100 million vaccines administered in the United States during his first 100 days in office would be met early Friday. Biden took office on January 20. “It’s weeks ahead of schedule,” he said.

The country is preparing to roll out the AstraZeneca vaccine nationwide if it obtains clearance from the U.S. Food and Drug Administration, the White House has said.

The United States has pledged $ 4 billion to the global COVAX vaccine program, which aims to deliver coronavirus vaccines to poor countries.

The United States does not need AstraZeneca injections to meet its goal of having enough doses for all American adults by the end of May.