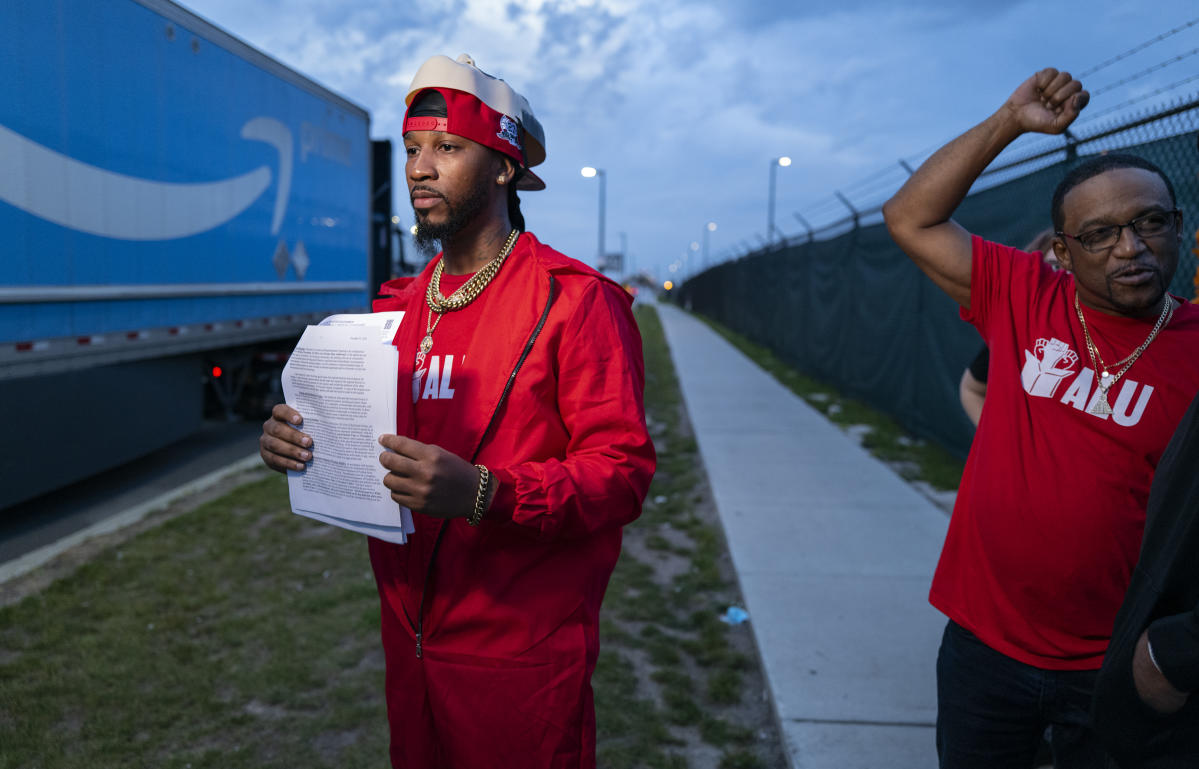 Unions are multiplying. Guess why.

Unions are coming back and it’s pretty obvious (to most of us) why.

The numbers are quite small, but because the organization took place in companies like Starbucks (SBUX), Amazon (AMZN), Google (GOOG, GOOGL), ActivisionBlizzard (ATVI), Etsy (ETSY) and even Apple (AAPL), the optics and implications are enormous.

“Starbucks was a company that everyone thought couldn’t be organized. Amazon was a place where people thought you weren’t even trying to organize; digital media workers haven’t organized,” says Kate Bronfenbrenner, director of labor education research at Cornell. “People thought young workers didn’t want unions. All these myths are exploding.

What does this union redux tell us?

For one thing, these companies don’t exactly date back to your grandfather’s time, when activists organized the steel, coal, and auto industries. There isn’t much of that unionization left to do in this country (except some foreign auto assembly plants in the South – and it’s been tough). The new push is attacking the flagships of the technology and service economy.

The second point is that this activity signals that the employees of these companies feel that they are not being shaken up fairly. This may sound axiomatic, but it’s worth saying for those who think this is some kind of left-wing conspiracy. Of course, there is organization behind the scenes, but workers are only receptive if they feel marginalized. Until recently, the management of these newly iconic companies shared enough of their companies’ spoils to keep employees happy. Today, income and wealth gaps have widened too much.

Big tech companies and a few others have become huge wealth-creating machines, with stock market performance far outpacing the overall market, disproportionately benefiting senior executives. Amazon made Jeff Bezos one of the richest people on the planet…worth $173 billion at last count. Apple is now the most valuable company in the world with a market value of around $2.7 trillion.

You may not agree with me when I say it’s just not fair, but understand that there are consequences.

A recent study by Bloomberg, (which notes that Senators Bernie Sanders and Elizabeth Warren recently proposed a tax on corporations with outsized CEO-to-worker ratios) shows: “The typical CEO among the nation’s 1,000 largest publicly traded companies receives 144 times more than their median About 80% of these companies would face higher taxes due to wage disparity.

Who disagrees with Bernie Sanders when he says that someone who works 40 hours a week shouldn’t have to live in poverty? “It’s always been true, of course, that CEOs earn more than their employees,” Sanders said. said at a recent congressional hearing, as reported by Bloomberg. “But what has happened in recent years is totally absurd.”

According to calculations by Bloomberg, the CEOs of Amazon, Starbucks, Apple and Activision Blizzard were all paid more than 1,000 times the average worker. Google was 21-1. Etsy was not tracked.

Speaking of Etsy, it’s not just CEOs who benefit. It’s the whole C-Suite. This graphic from Etsy’s most recent proxy shows that the NEOs (named senior executives) of the company have earned several million dollars over the past three years.

I could say the same for the other companies on this list. For example Apple’s NEOs make around $26 million a year(although that company is much bigger, more successful, and more complicated than Etsy, and as such, perhaps Apple’s executives are good business!) The point is, even in a company like Etsy , executives make a lot of money, and seriously more money than employees (and in Etsy’s case, more than the sellers in its network).

The managers of these companies have benefited from the stock market boom in two ways. First, they are often compensated in shares and second, their compensation is often benchmarked against the performance of their shares. Talk about a double dose!

Workers usually aren’t paid that way of course, or if they are, at much lower rates. Now they want a piece of the action. (I would like to warn everyone here to be wary of a possible stable or declining stock market in the future.)

BTW, I have to roll my eyes when I hear CEOs complaining about not finding workers to fill vacancies. (“I don’t understand. I gave them a raise four years ago from $7 an hour to $8.”) Duh.

A quote in this recent Insider article on the trucker shortage caught my attention:

“If you ask any trucker, it’s kind of like a broken record,” said Atkins, who has been in the industry for three years. “It’s not a shortage of truckers, it’s a shortage of wages.” Atkins said there’s a “major problem”: He can open a job site, type in “trucker job” and see “a million ads” promising $100,000 to $120,000 a year. “But every trucker knows that’s a 100% lie,” he said. In 2020, the median salary for heavy-duty truck and tractor-trailer drivers was $47,130 per year, according to the Bureau of Labor Statistics.

In summary: if employers continue to pay their top executives more and maintain everyone else’s pay, unions will continue to grow.

Read the latest financial and business news from Yahoo Finance