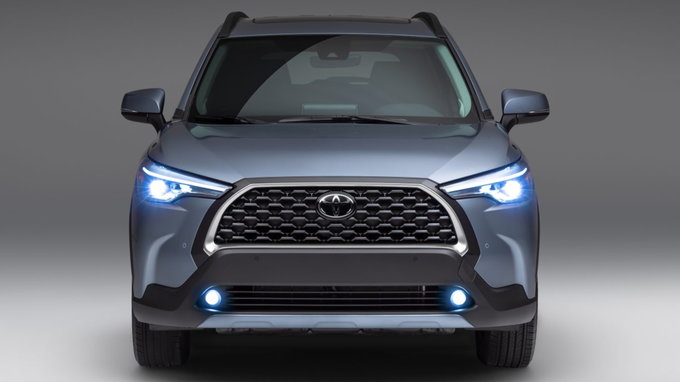 The Toyota Corolla Cross 2022 already has a discount

It’s not even released yet, but the 2022 Toyota Corolla Cross already has a $ 500 rebate when you finance through Toyota Financial Services. The offer is based on a dealer newsletter released today for incentives in Southern California, but we’re already seeing similar offers in other parts of the country.

The Corolla Cross is part of the very popular small SUV segment and will compete with such popular models as the Nissan Rogue Sport, the Subaru Crosstrek, the VW Taos and the Kia Seltos. The Corolla Cross is based on the platform and powertrain of the Corolla sedan, but the 2.0-liter 4-cylinder that produces 169 horsepower will be available in front-wheel drive or all-wheel drive.

The Corolla Cross is expected to start at $ 23,410, including its destination charge of $ 1,215. This is a reasonable price for a new model, and we can’t wait to see what happens to the Toyota lineup. The automaker has also hinted that a hybrid version of the Corolla Cross will join the lineup later in 2022.

Besides its financial bonus of $ 500, the Corolla Cross is available to lease at a monetary factor of 0.00165 for 36 months, which equates to an interest rate of 3.69% APR. There are no special purchase prices yet, so these are the only ways to save money on the Corolla Cross since the model is brand new.

With the continuing shortage of inventory, this offer could attract some buyers and put it at a similar price to some of its closest rivals, the Subaru Crosstrek (starting at $ 23,295 with destination) and the Kia Seltos (starting at 23,665). $). For reference, the 2022 Corolla sedan and hatchback offer a choice of a $ 500 rebate or 2.9% financing for 60 months. The rate rises to 3.9% APR with a duration of 72 months.