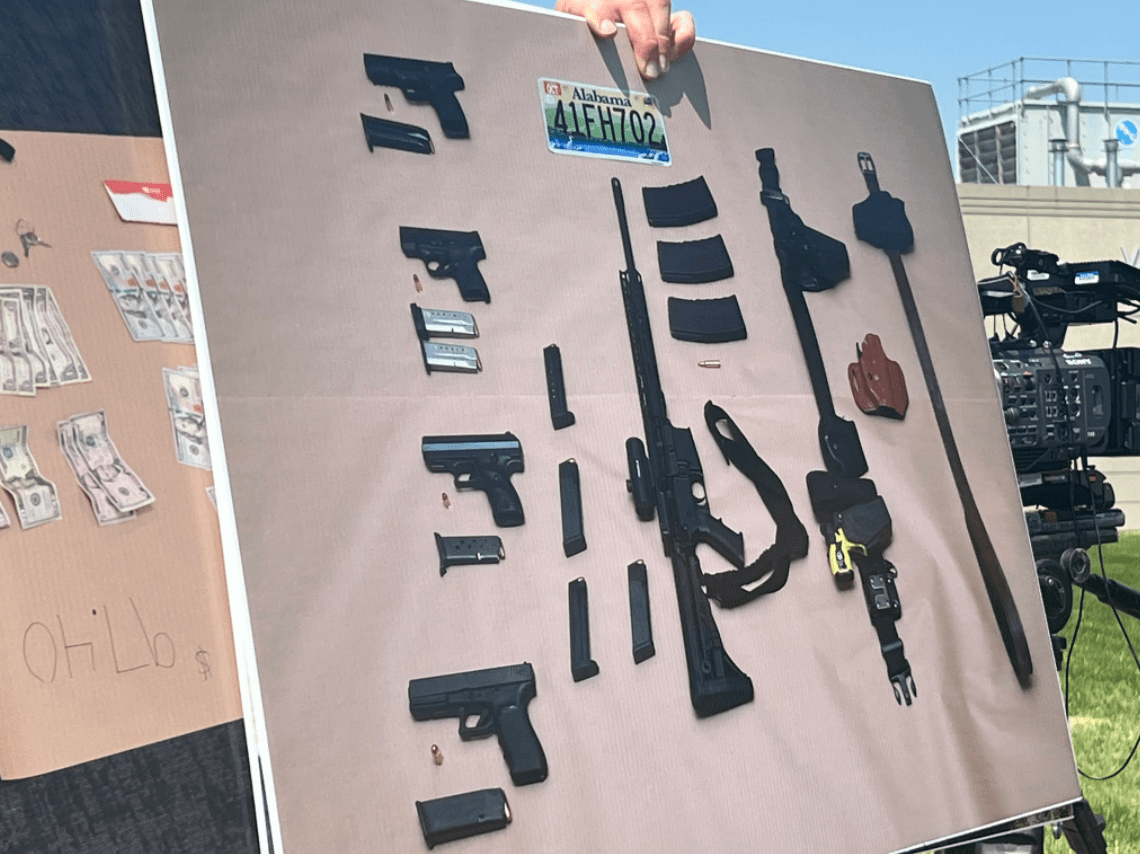 EVANSVILLE, Ind. (WHNT) – At a press conference on Tuesday, local authorities in Indiana said several firearms and nearly $30,000 in cash were found inside the vehicle used by Casey White and Vicky White to evade the police.

Vanderburgh County Sheriff Dave Wedding said the pair had $29,000 in cash along with four handguns, including semi-automatics, 9mms and an AR-15. Casey White told officials he planned to have a shootout with law enforcement.

“Any of these weapons could have been used to ambush our officers as they attempted to capture a murder suspect,” Wedding said. “I commend them for quick and aggressive action, it probably avoided a lot of chaos.”

The sheriff’s office showed a photo showing the items found in the car, which also showed Vicky White’s duty belt, her camping or survival gear and an Alabama car tag. Wedding said several wigs were also found in the vehicle.

The manhunt for Vicky White and Casey White lasted 11 days and ended in a police chase in Evansville. Authorities arrested Casey White, but Vicky White died Monday night after being hospitalized with a self-inflicted gunshot wound.

The Lauderdale County Sheriff’s Office said a transport team will be dispatched to Evansville and will bring Casey back to Alabama.

Supplemental Security Income: What Happens if Payday Falls on the 1st?