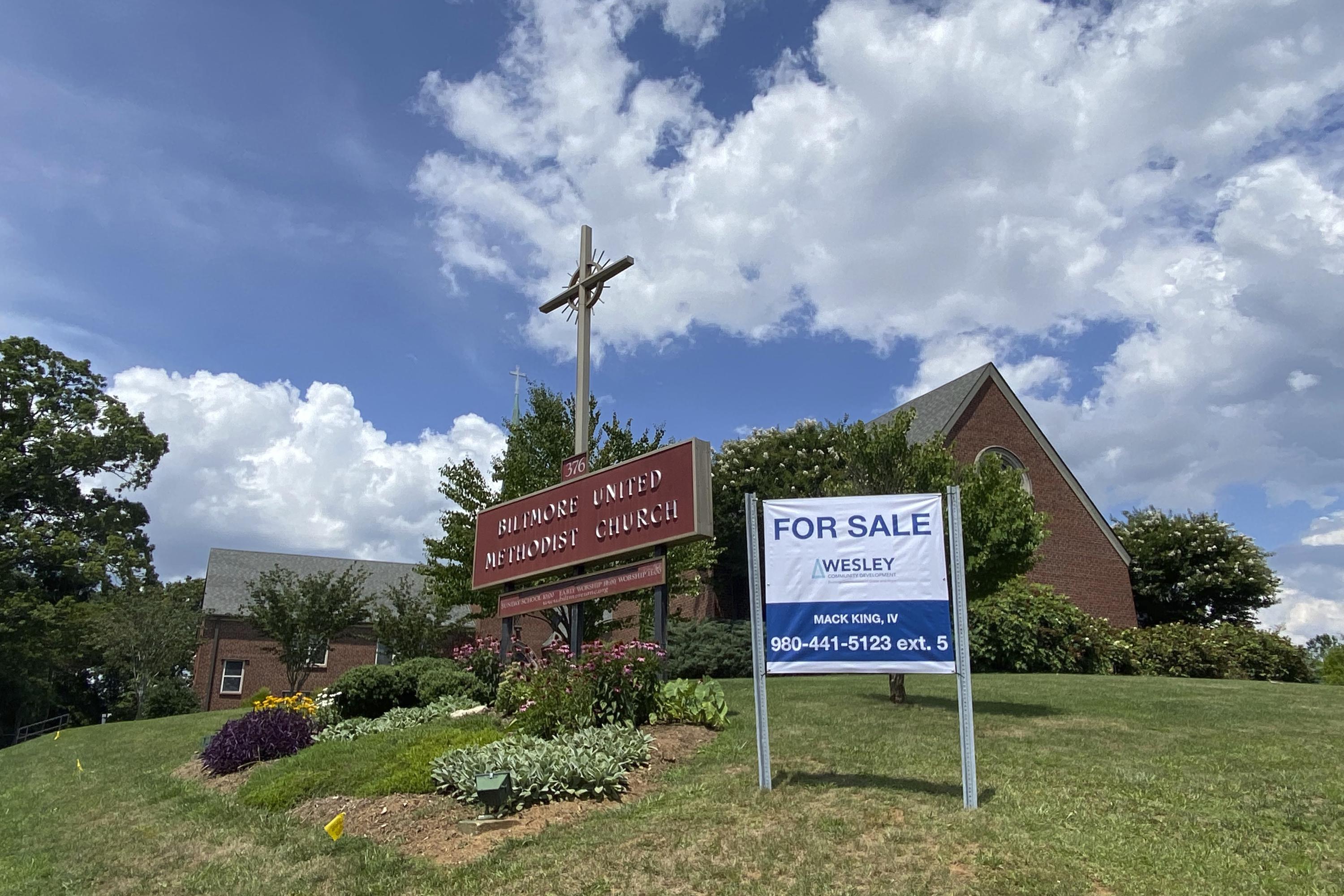 In many churches, the pandemic is hitting collection plates and budgets

Already strapped for cash due to dwindling membership and a struggling preschool, the congregation has been hit hard by the coronavirus. Attendance plummeted, with many staying at home or turning to other churches that remained open the entire time. Also gone is the income the church once earned from renting out its space for events and meetings.

“Our upkeep costs are just exorbitant,” said Reverend Lucy Robbins, senior pastor. “And we just don’t have the financial resources that we had to be able to do the kind of ministry work that we would like.”

Biltmore is just one of many congregations across the country that have struggled to stay afloat financially and care for their flocks during the pandemic, though others have managed to weather the storm, often with the help of the federal government’s Paycheck Protection Program, or PPP and sustained levels of member donations.

The coronavirus hit at a time when already fewer Americans were going to worship services – with at least half of the nearly 15,300 congregations surveyed in a 2020 report by Faith Communities Today showing weekly attendance of 65. or less — and exacerbated problems in smaller churches where increasingly meager budgets often prevented them from hiring full-time clergy.

“The pandemic hasn’t changed those patterns, it’s only made them a little worse,” said Scott Thumma, director of the Hartford Institute for Religion Research and co-chair of Faith Communities Today.

Attendance has been a persistent challenge. As church leaders have moved to return to in-person worship, first the highly transmissible delta variant and now the even faster-spreading omicron have thrown a wrench in those efforts, with some churches moving back online and others still open indicating fewer souls in the pews.

In Biltmore, for example, attendance at weekly services has fallen from around 70 before the pandemic to around 25 today, counting both in-person and online worship.

After congregants voted last May to put the church’s property, a two-building campus perched on a leafy hillside just off Interstate 40, on the market, church leaders are still in determining what will come next, including where the congregation will settle. But they hope to use some of the proceeds from the sale of the property to support marginalized communities and causes like affordable housing.

Unlike Biltmore, Franklin Community Church, about 20 miles outside of Nashville, Tennessee, does not have its own sanctuary, holding services instead at a public school. It has proven to be a blessing during the pandemic, without having to worry about a mortgage, maintenance, insurance or utilities.

“We wouldn’t have survived if we had all of this,” said Reverend Kevin Riggs, the church’s pastor.

Still, it was a battle. In the 15 months that services at Franklin have been online-only, some members have left for other congregations or lost the habit of giving, according to Riggs. Weekly attendance has dropped from around 100 to less than 40, and the omicron spike recently forced the church to go virtual again.

The impact is felt on the collection plate: The money coming in now is only about a third of what it was before the pandemic, the pastor said. The church cut expenses where it could, turned to grants to try to make up the difference, and worked to raise more money from community members who don’t participate but support the ministries of the church, such as service to the homeless.

“We are surviving. … But we felt the pain,” Riggs said.

Another struggling congregation, Friendship Baptist Church in Baltimore, lives essentially from week to week. The predominantly black church received a PPP loan of more than $55,000, but it barely reduced its spending. Reverend Alvin Gwynn Sr. has given up his pastor’s salary and for now lives on Social Security checks and his other construction job.

The drop in attendance hurt the bottom line there, as elsewhere. Friendship Baptist has around 900 active members, but only 150 show up, making their donations especially crucial.

The church “survives on the sacrificial gift of 150,” said Gwynn, who has no plans to start drawing a paycheck again until the church is stable. “They give away, much more than a normal offering each Sunday individually.”

During the pandemic, experts said many congregations have embraced online giving, which could increase contributions by $300 per person per year, according to The Faith Communities Today report.

Donations to religious organizations rose 1% to just over $131 billion in 2020, a year Americans also donated a record $471 billion to charity, a report shows. annual GivingUSA. Separately, a September survey of 1,000 Protestant pastors by the evangelical society Lifeway Research found that about half of congregations received about what they had expected last year, with 27% receiving less than expected and 22% receiving more.

Hope Presbyterian Church in Austin, Texas, a largely upper-middle-class congregation of about 400 people, is among those that have enjoyed relative stability despite the pandemic.

Reverend Josh Robinson expected contributions to decline when in-person services halted for more than a year, but they remained steady. The same goes for member pledges for upcoming donations in 2022. Some congregation members have even donated their government stimulus checks to the church, which has used them to set up a fund to provide direct financial assistance to those who have lost their income due to the pandemic.

All of this prompted the pastor to re-examine his own approach to the pandemic.

“I needed to step back and reflect, what did it mean for me as a spiritual leader not to have the same faith mindset, since I was anticipating a downturn?” said Robinson. “Here the church members stepped up – I had to lean on that. And rightly so, I was able to do so with great joy.

Even before, the church had embraced frugality in order to pay off its debt, which has fallen from $2 million in 2013 to less than $300,000 today.

When services went virtual, the savings on utilities and other costs helped keep the budget balanced. PPP loans of around $290,000 were also essential to keep employees on the payroll and offset lost revenue from space rentals and other services.

At West Harpeth Primitive Baptist Church, another Franklin church, donations are down, but only slightly. Hewitt Sawyers, the pastor, attributes this to low turnover among historically black congregation members over 150, many of whom have pledged to financially support the church and work in areas that have been less damaged by the pandemic than others.

Budget projections for this year are rosy enough for West Harpeth executives to hope they can tackle the building’s much-needed renovation.

“We’re extremely optimistic about this,” Sawyers said. “We plan to try to do it in 22, and we feel very, very, very comfortable trying to do it.”

The Associated Press is supported by the Lilly Endowment for coverage of philanthropy, nonprofits and religion, in partnership with The Conversation US. The AP is solely responsible for all content.