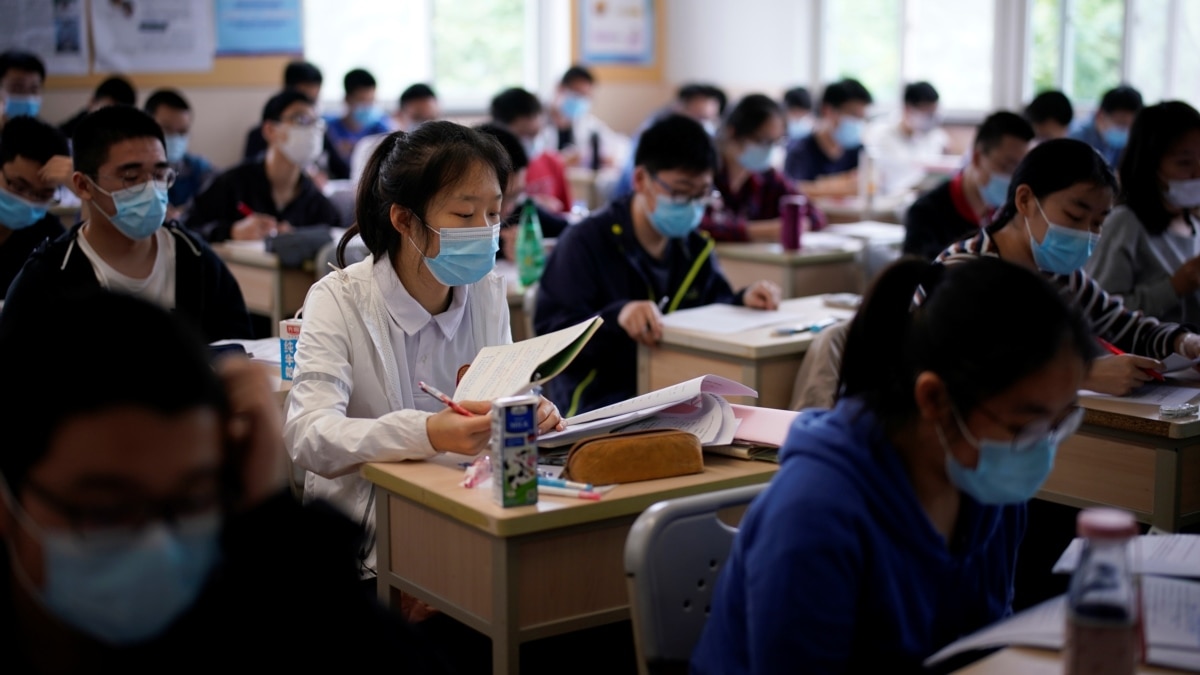 For months, China has been increasing restrictions on private companies operating in the country. Here are the industries facing new measures:

In education, measures began on Saturday banning the private for-profit sector tutoring companies to raise investments outside the country.

The new rules also state that tutoring centers must operate as non-profit organizations. They also cannot offer subjects already taught in public day schools or organize classes on weekends or on public holidays.

China’s competitive higher education system has made tutoring services very popular with parents. Private tutoring is a $ 120 billion industry in the country and includes several companies based abroad. But to increase the country’s slow birth rate, the government has tried to lower the cost of raising children.

The rules set limits for online loans between provinces and put a limit on loan amounts for individuals.

In April, the regulator demanded that Ant Group separate its payments business from its personal finance business.

Regulators have also cracked down on traditional online commerce or product sales.

In April, the State Administration of Market Regulation fine Alibaba Group $ 2.75 billion. This was the company’s highest fine to date. The regulator said Alibaba is blocking its product sellers from selling their products on other websites.

The regulator has also imposed fines on small businesses for their practices related to consumer rights and labor.

In May, he fined JD.com company 300,000 yuan for publishing false information about its food products. JD.com is a major competitor of Alibaba.

At first, the regulator cited breaches of consumer privacy as the reason for banning new riders. He later released separate draft rules for other Chinese companies to do a security check before signing up. actions abroad.

A CAC investigation led to a 500,000 yuan fine for Didi and other companies for failing to report their small business buyouts.

In May, three financial regulators expanded the rules on cryptocurrency industry. They have banned banks and online payment companies from using cryptocurrency for payment or legal settlement.

They have also banned companies from providing exchange services between cryptocurrencies and national currencies, among other rules.

In the weeks that followed, provincial governments took action to prevent bitcoin mining.

These measures have sparked a series of mine closures across the country. chinese newspaper World time predicts that 90 percent of mining operations will soon be closed.

The Chinese Housing Ministry and seven other regulators on Friday called on the property management industry to “improve order.”

The Chinese economy has improved after declining in 2020 due to the coronavirus pandemic. The authorities have redoubled their efforts to stop real estate companies to borrow too much money this year.

Other regulatory measures include borrowing limits for real estate developers and limits on mortgage loans from banks.

So what could come next?

Some experts say the gaming industry is next to face tough regulations. China’s central government continued to voice concerns over the games addiction among young people.

The government will likely target the many games released without official permission, or those that abuse user information. This prediction comes from Rich Bishop. He is the general manager of the Beijing-based company application AppInChina editor.

In the health sector, last month the State Council called for a reduction in drug prices for 2021. It also demanded changes in the country’s complex health system.

I am Alice Bryant.

Words in this story

tutoring – not. teaching a single student

Rough draft – not. a version of something (like a document) that you create before creating the final version

Province – not. one of the big parts in which some countries are divided

good – v. make someone pay a sum of money as punishment for breaking the law

consumer – not. a person who buys goods and services

cyberspace – not. the online world of computer networks and the Internet

Stock – not. a portion of the value of a business that can be bought, sold or traded as an investment

cryptocurrency – not. a form of digital currency that is not regulated by a central bank and whose records are stored in an encrypted computer database

bitcoin mining – not. the process of creating new bitcoins by solving a complex math puzzle

real estate – not. property consisting of buildings and land

application – not. a computer program that performs a special function

How Installment Loans Can Help Cover

In many churches, the pandemic is hitting collection plates and budgets