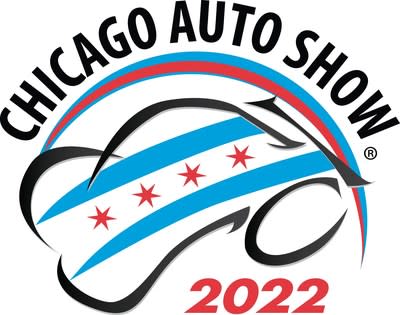 CHICAGO, February 22, 2022 /PRNewswire/ — The 2022 Chicago Auto Show concluded its 10-day run at McCormick Place on Presidents Day. Despite continuing obstacles to producing a show amid a global pandemic and vehicle inventory shortages, show organizers were able to bring back First Look for Charity, stage a successful media preview and safely accommodate hundreds of thousands of people at the public spectacle. This month, eager attendees descended on McCormick Place to check out the latest cars, trucks, SUVs and electric vehicles, including an all-new indoor electric vehicle test track that featured a variety of new models.

“Over a two-year period where auto shows have been canceled more often than open, the Chicago Auto Show has been able to navigate turbulent times and open our doors to the public every year since the start of the pandemic,” said Chicago Auto Show president Bill Haggerty. “It’s not all luck or chance; we’ve worked strategically and side-by-side with city and state officials on Plans A, B, and C to organize our show in safe, even if that meant moving the event from its traditional February schedule to a hybrid indoor/outdoor show model last July!”

In July 2021the Chicago Auto Show was the first public event to reopen McCormick Place and revive conventions for the city of Chicago since the start of the pandemic. The 2022 show marked the biggest event held at McCormick Place this year. Organizers reported an attendance figure of 200,000, double the number of people who attended the 2021 Special Edition show.

“We are proud of what we were able to achieve in February, even though it was impacted by these difficult challenges,” Haggerty continued. “Are we hoping to return to a more ‘normal’ living room in the future? Of course we do. However, given what the world has faced with the pandemic, not to mention the severe inventory issues in the automotive industry, we know our attendees appreciate the variety of ways this show has been delivered.”

“While we experienced lower attendance than in a typical year, in part due to evolving Covid restrictions and the difficulty in communicating a clear message regarding safety protocols, we are proud for finding a way to bring the latest in the automotive industry to our loyal fans,” said the Chicago Auto Show general manager. David Sloan.

The show featured a range of vehicles that made their global, national or auto show debuts, including:

Whether it was having fun with an off-road experience, learning the capabilities of a pickup truck, or trying an electric vehicle for the first time, this show provided consumers with the environment to shop, learn and play.

Fan favorites returned such as Camp Jeep (which celebrated its 18and year at the show), Ram Truck Territory, and Subaru’s popular immersive National Parks exhibit and dog adoption. To date, 14 dogs have been adopted from the show. New attractions this year included a 2022 Toyota Tundra indoor test track and Ford’s two new indoor tracks to showcase its Bronco family of vehicles and its latest electric vehicles, the F-150 Lightning and Mustang Mach-E .

“These last two shows really illustrate the importance of in-person interaction with the vehicle,” Sloan said. “During our special July edition, nearly 40% of attendees experienced a test track or test drive, a number we hope to beat this year with three outdoor test drives and six indoor test tracks – more indoor test tracks than we’ve ever offered before!”

Automakers said they met test track and test drive targets this year, which were on pace with pre-pandemic years, despite the small show.

“This is an extremely valuable metric for our exhibitors, as research shows that experiential opportunities like these translate directly to vehicle sales; that’s the value of an auto show.” , Sloan said. “We look forward to the future as we continue to reinvent and rebuild the Chicago Auto Show.”

This fan engagement and enthusiasm has translated to social media, backed by initial data from Meltwater which reports that the message from the Chicago Auto Show has reached over 35 million people, just over the past 90 last days.

“An auto show and digital reach go hand in hand,” Sloan said. “We see that happening year after year. Fans want to share their experience with their network, and the show provides them with a platform to do that. When they tag us and use our hashtag, we’re in able to follow the collective reach, which really highlights the show as a powerful platform.”

The 2023 Chicago Auto Show is scheduled for February 11-20 at McCormick Place. The media preview will take place February 9-10 and First Look for Charity will be the evening of Friday February 10.